“Shikonin, a natural naphthoquinone, was used in traditional Chinese medicine for the treatment of different inflammatory diseases and recent studies revealed the anticancer activities of shikonin. We found that shikonin has strong cytotoxic effects on 15 cancer cell lines, including multidrug-resistant cell lines. Transcriptome-wide mRNA expression studies showed that shikonin induced genetic pathways regulating cell cycle, mitochondrial function, levels of reactive oxygen species, and cytoskeletal formation. Taking advantage of the inherent fluorescence of shikonin, we analyzed its uptake and distribution in live cells with high spatial and temporal resolution using flow cytometry and confocal microscopy. Shikonin was specifically accumulated in the mitochondria, and this accumulation was associated with a shikonin-dependent deregulation of cellular Ca2+ and ROS levels. This deregulation led to a breakdown of the mitochondrial membrane potential, dysfunction of microtubules, cell-cycle arrest, and ultimately induction of apoptosis. Seeing as both the metabolism and the structure of mitochondria show marked differences between cancer cells and normal cells, shikonin is a promising candidate for the next generation of chemotherapy”. 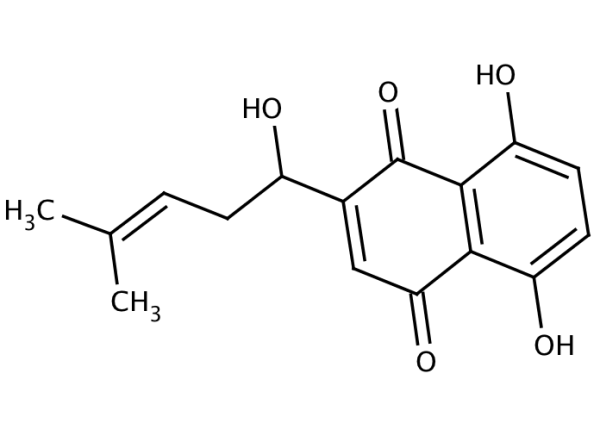